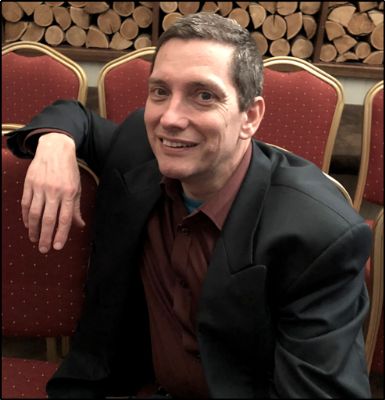 Andy was born to missionary parents in Congo and went to boarding school in SE London.  It was through an RE lesson taken by a Church Army evangelist that he responded to the gospel message presented and placed his faith in Christ.  Andy was baptised at Sidcup Baptist Church.  He is married to Wendy and they have four sons, one at Birmingham University and the others in Bexley secondary schools.

After completing a Biology degree Andy taught science at Welling School for six years.  He then joined ‘The CRIBS Trust’ in with whom he worked for 12 years delivering Christianity RE lessons and Christmas/Easter plays in Bexley primary schools.  He was also Youth, Children and Family worker at Avery Hill Christian Fellowship in Sidcup.

After completing ministerial studies at Spurgeon’s College he continued part time at AHCF as assistant minister, but also became part-time interim minister at Emmanuel Baptist Church, Thamesmead during their pastoral vacancy.  He was at these churches until his call to ministry at Crayford Baptist Church which began in September 2018.  Andy enjoys amateur dramatics (acting and occasionally directing) and reading whodunits and thrillers.  He is not a sports lover(!!) but to maintain fitness swims at least a mile twice a week.