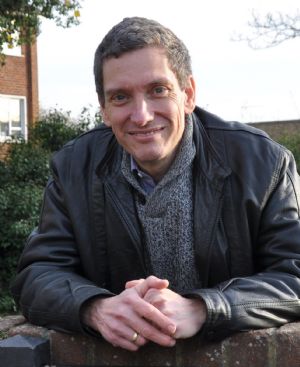 Andy went to school in South East London and it was during an RE lesson that he was really moved by the message and asked Jesus to come into his life. He was later baptised at Sidcup Baptist Church. He is married to Wendy, and they have four sons.

Andy has been the minister at Crayford Baptist Church since September 2018.

After completing a Biology degree, Andy taught science at Welling School for six years before joining CRiBS Charitable Trust for 12 years, delivering Christian RE lessons and Christmas/Easter plays in Bexley primary schools. For eight of these years he was also Youth, Children's and Family worker at Avery Hill Christian Fellowship (AHCF) in Sidcup.

After completing his ministerial studies at Spurgeon’s College Andy continued part-time at AHCF as assistant minister, also becoming part-time interim minister at Emmanuel Baptist Church, Thamesmead during their pastoral vacancy. He stayed at these churches until he
was called to Crayford Baptist Church and began that ministry in September 2018.

Andy enjoys amateur dramatics (acting and occasionally directing) and reading whodunnits and thrillers. He is not a sports lover(!!) but to maintain fitness does 80 press-ups a day and pedals 100km a week on an exercise bike.

We believe that, under God, the government of the local church is best done by church members meeting together in a spirit of prayer and friendship to discuss and agree on what God wants them to do. Every member is encouraged to be involved and use their gifts.

Appointed by our church family, the team are jointly responsible, under the leadership of the pastor, Andy, for overseeing the spiritual direction of the church, worship and prayer, discipleship (both teaching and pastoral care), outreach and, in the role of Trustees, the administration of the church.

Our current Trustees consist of: 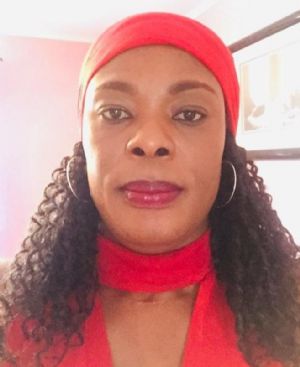 Ebi
Deacon, Church Secretary, Data Protection Lead, Responsible Appointed Person for Marriages and Captain, 7th West Kent Boys' Brigade/Girls' Association
Ebi has been a Baptist all her life and joined CBC in 2004. Ebi enjoys singing and is part of the church's worship team. She also enjoys meeting people.  You can contact her by email at: secretary@crayfordbaptistchurch.co.uk. 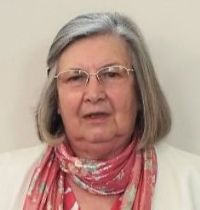 Deacon and Finance Team Leader
Valerie joined the church in 2013 with her husband after his retirement as minister of another local Baptist church. They
have two children and five grandchildren. Valerie edits the church magazine, leads the coffee morning team and has an active role
in the Bible study group and prayer meetings. 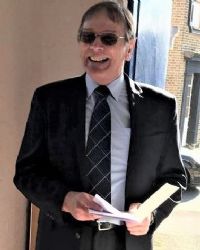 Rod
Deacon and Fabric Team Leader
Rod and his wife Chris have been part of the fellowship for 45 years. During that time Rod has been a youth leader and is still Sunday School teacher for the teenage group. He was on the diaconate for many years and after a break of five years is serving again with responsibility for maintenance of the building. 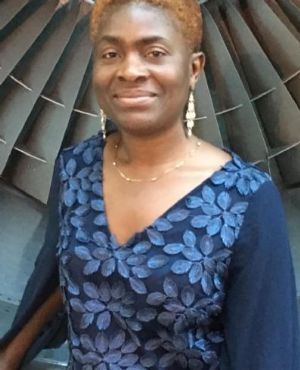 Elizabeth
Deacon, Health & Safety Lead
Elizabeth joined Crayford Baptist Church with her husband in 2013.  She serves as one of the Sunday School teachers, and leads one of
the church's home groups. 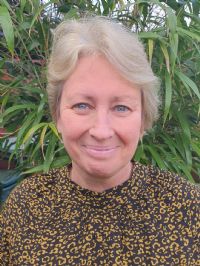 Karen
Deacon, Designated Safeguarding Person
Karen joined Crayford Baptist Church in 1990. She has been on the diaconate for a number of years before and, after a break, has returned to serve again. She helps with the children's work on a Sunday morning. 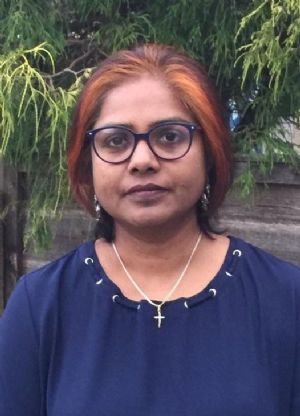 Deacon
Bindhu joined Crayford Baptist Church with her husband and two children in 2012, and became a deacon in 2020. Bindhu serves in the finance and cleaning teams. Passionate about music and keen to contribute towards conducting worship, she is part of the worship team. Bindhu feels absolutely blessed to be part of the CBC fellowship, and occasionally preaches and leads the church service.