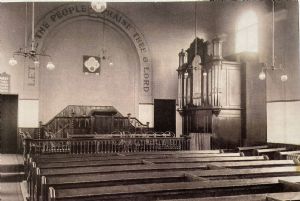 Crayford Baptist Church began in 1810, with four members: John Row, Anthony Smith, Rebecca Smith and Rachel Hobbs. John Row became the first pastor, being formally ordained in 1811. Anthony Row was a grocer, and he donated the quarter acre plot to the church.

On this land was a stable which was cleaned and renovated and constituted the first Crayford Baptist Church building. A small chapel was built on the site shortly after, which was enlarged in 1818 and again in 1830. 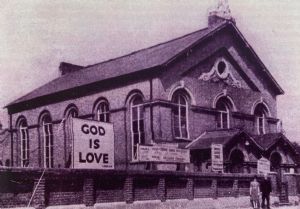 The congregation remained small for the first years of its life, but the Sunday School (the first in the district) flourished with 100+ children in the 1820s. In 1858 a new Sunday School was built at a cost of £350. This building is now the church hall, and it continues to play an important role in the activities of the church. 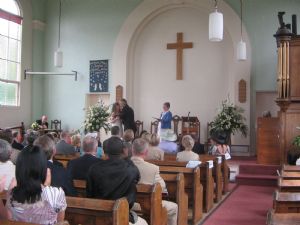 The church continued to grow steadily until 1847,
when the Rev C H Hoskins settled as pastor. In 1866
the foundation stones were laid for a new building, which was finished and formally opened by
C H Spurgeon on 26th May 1867, whose text on
the occasion was Psalm 102 v 16. On this occasion, Spurgeon invited the congregation to assist in liquidating the debt incurred in the building of the chapel, and he himself contributed £10. The church, which cost £1,300 to build, was opened practically free from debt. 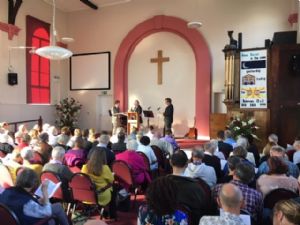 The church retains its strong evangelistic spirit. The closing statement in the church's Thanksgiving Service brochure is: 'The Church is for the community, and it is for YOU.'
The church continues to worship in the 1867 chapel, which was renovated and modernised in 2016. The earlier Hall is also still in use, for Sunday School and during the week for church and community events.